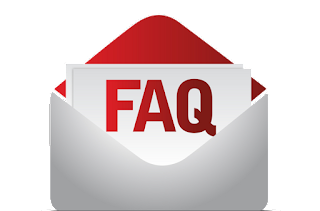 How is the course of depression?

85% or more of depression cases benefit from the usual treatment methods known. Untreated cases recover at 6-24 months. In 5-10% of cases it lasts more than two years. With treatment, this period can be reduced to several months or several weeks. Starting treatment early will shorten the response time. 10-15% of the cases show progressive course. There is a relationship between the same family members in terms of age of beginning. In the early beginning cases it is more likely to repeat. Although there may be a relationship between stress factors and beginning,but this is not compulsory. Depression lasts lifelong with attacks and repeatings.

Depression is a recurrent disease.
The repetitions before increase the possibilty of repeating again.
Risk factors for relapse in depression


What are the causes of depression?

As with many psychiatric disorders, there is no model in the depression that would explain the whole clinic. The generally accepted view is that there is an imbalance in the substances involved in chemical transport in the brain. This imbalance is affected by environmental reasons.

Can sleep disorders cause depression?

The sleeping problem is not only an important symptom of depression but it can also cause depression. Evidence has emerged in recent years that prolonged insomnia can lead to depression. For this reason, the provision of sleep should be one of the main objectives of the treatment. For this reason, drinking alcohol often worsens the problem of sleep.


Can drugs cause depression?


Could medical causes cause depression?


What is the difference between depression and normal grief?

In grief, there are also signs of depression, such as sadness, lament, varying anxiety, bad dreams and related sleep problems, insomnia, loss of appetite, weight loss and lack of interest in normal activities. These symptoms disappear gradually with time in normal grief. Getting help from a doctor is often not necessary. Self-esteem is maintained in depressive situations followed by loss when self-esteem is reduced in depression. They do not find themselves worthless, nor have feelings of heavy guilt. There is also no significant loss of functionality.


Does the depression symptoms vary with age?

Yes. In the elderly, somatic and cognitive symptoms are seen more than affective symptoms. Depressive mood is frequent and emotional expressions decrease more frequently. While apathy, fatigue and sleeping problems are often mentioned, depression is not often mentioned. It is also important to note that somatic symptoms may be related to medical conditions in the elderly.


What is the probability of suicide in cases of depression?

Suicidal thoughts and actions are 20-40% of those showing mood disturbances. People who have committed suicide have suicide attempts also in their past. Suicide risk is not always linked to the severity of the symptoms. The possibility of suicide in the elderly is two times higher than in young people. It’s wrong to think that the possibility is lower in people who talks about suicide. Suicide attempt rate in hospitalized cases is 15%. 15% of depression patients die with suicide. 70% of all suicides are caused by depression.


Is depression a necessity for hospitalization?

Patients usually do not need to be hospitalized to treat depression. Patients with the following characteristics may require bed rest.


Is depression a genetic disorder?

Both depression and bipolar disorder show familial predisposition. The frequency of seeing these two diseases in the close relatives is 2-5 times higher than the general population. Twin studies also support genetics. However, genetic effects are predominant. Depression is significantly affected by environmental stress factors.


Is depression a treatable disease?

Yes. The success of treatment in patients who cooperate in treatment is almost like a rule. Patients respond to the treatment at a high rate.


Should the medicine be cut off after healing?

No. One of the most important causes of long-lasting depression is the lack of treatment. The first treatment period is approximately one year. At the end of this period, the period will be extended if there are residual indications. The period of treatment is also prolonged in recurrent cases.


Are antidepressant drugs a drug of happiness? Are they addictive?

No. Antidepressant drugs cause mood swings in depressed cases, treat depression, but do not change normal mood. They will not do euphoria. They do not cause physical addiction.


Do antidepressant drugs interact with other drugs?

Not all of them,but some drugs may have serious interactions. The right approach in this regard is to obtain information from the treating physician.


What should be done to not get sick again?

The best way to do this is to follow your doctor's recommendations. The most important reason for recurrent depression is the inadequate treatment in terms of the drug's dose and duration of treatment. Adhering to the dose and duration of treatment ensures high relief from depression. If environmental causes are evident, precautions to reduce or control stress factors may reduce the recurrence of depression. For example, if the communication problems within the family are evident, a family therapy or an individual therapy can provide benefits.


Do drugs have serious side effects?

Antidepressant drugs are proven safe for long-term use. If used under doctor's supervision, they do not cause permanent and serious side effects. However, it should not be forgotten that there may be oversensivity for every drug and physical problems can increase the side effects of drugs.

The frequently seen side effects are:

It should be kept in mind that side effects may vary by individual and by drug groups.


Can alcohol be taken with antidepressant drugs?

Antidepressant drugs increase the susceptibility to alcohol effects. Alcohol also reduces the clinical efficacy of antidepressants. The possibility of seizures also increases. Therefore, taking alcohol with antidepressant drugs is not recommended. Such interactions are more important in some drug groups. You should ask for information from your doctor.


Is depression a personality problem or weakness?

Definitely not. Depression is a real disease. It isn’t connected with personality weakness.


What are the reasons for not following the doctor’s recommendations?


Do depression become a more severe disease like schizophrenia?


What is the relationship between bipolar disorder and depression?